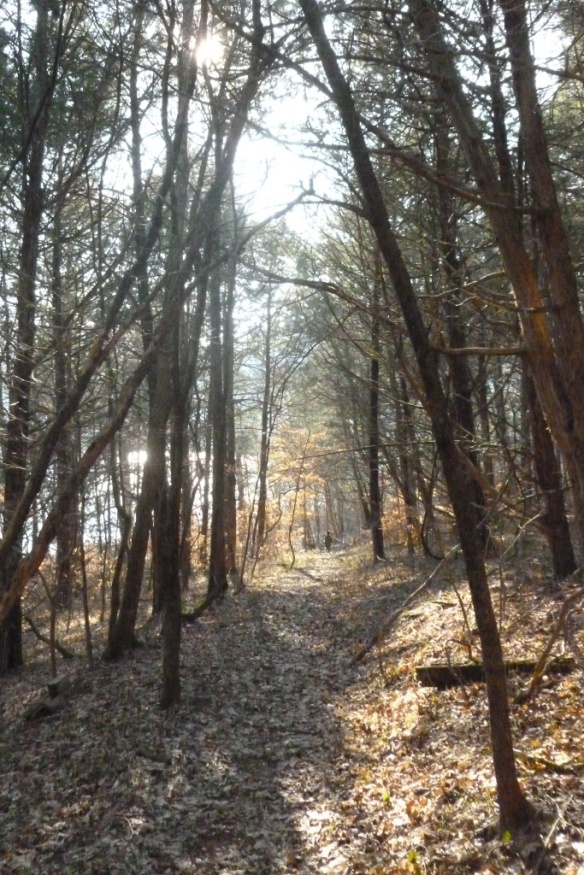 About the time our little boy turned four years old, it was as if a switch was flipped in his ever expanding brain.

He sleeps, like a baby, curled up next to me, usually with some part of his body in direct skin to skin contact with mine. On the morning I’m thinking of, when he opened his dreamy eyes, instead of saying “Good morning, momma!” or anything else, he stuck out his tongue and blew me a big juicy raspberry.

He then proceeded into the morning routine by calling his father and sister names along the lines of poopy-head and snot-face. He wasn’t calling them in a mean way. He wasn’t grumpy. Maybe just a little bit mischievous, but mostly, he was being friendly and playful.

Clearly, we have entered the age of extreme name-calling. Each of his wheeled creations has a name. Each of his drawings is described in full, and when he is frustrated at any of us, the names come fast and thick. Buttcrack is a big favorite. Snotface ranks high on the list too. Added descriptors are helpful as well. So, in the thick of getting toys picked up, I might hear something like: “Oh you silly-old-snotty-face-clam-butt-poopy-head!”. At the breakfast table, he points to a jar of cinnamon and names it. “This is jar-head.” The bag of raisins in turn becomes “raisin-head”. Even if he isn’t lobbing the names at us particularly, the names are just showing up in his play. Like this:

This is one of my personal favorites. I want to laugh and cry at the same time because he doesn’t grow weary. But I do.

We’ve had many a talk about how name-calling hurts people’s feelings. We’ve clamped down hard on especially hurtful words, like “stupid”. And I have no doubt that Levon is learning to control himself. He learns much from the wrath he invokes in his sister. For my part, I try to maintain equilibrium and remember Stephen Covey’s advice: seek first to understand, then to be understood. (Thank you Stephen Covey, for your amazing organizational prowess. I also trust you because you raised nine children and I am certainly challenged with the work of shepherding only two.)

There are many forces at work in a four year old child, and few of them that can be expressed by the child consciously. To explore those forces, I must sometimes look elsewhere.

Antiquities. Wisdom Traditions. Whatever Heaven can provide. Thank you.

Peeling back 500 years or so, Shakespeare came to mind. In this passage from his historical play, Henry IV part one, the errant young Prince Henry (he will be Henry V, but not yet) is having fun in a tavern with his friend Falstaff.

Prince Henry: I’ll be no longer guilty of this sin; this sanguine
coward, this bed-presser, this horseback-breaker,
this huge hill of flesh,–

Falstaff: ‘Sblood, you starveling, you elf-skin, you dried
neat’s tongue, you bull’s pizzle, you stock-fish! O
for breath to utter what is like thee! you
tailor’s-yard, you sheath, you bowcase; you vile
standing-tuck,–

(From near the end of Act II.)

Falstaff and the young Henry are good friends. And this is just a little taste of their banter. Old as the hills, this name-calling business.

Older still, if I look a little deeper, to a lovely Midrash to the second chapter of Genesis.

It seems that when the Creator was in the business of creation, he was consulting with some of the higher angels, who had some doubts about humankind. “What’s so special about this one?” they asked. In response, the Creator brought the newly created animals to the angels, asking “What is this?”. The angels, having never seen those animals before, didn’t know. They had no answer. So the Creator showed each animal to Adam, asking “What is this?”. And Adam answered “That’s an ox!” “That one’s a donkey.” And so on. 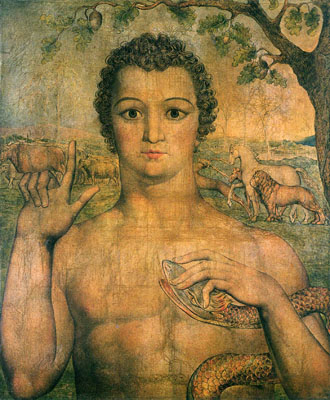 Adam Gives Names For the Animals by William Blake

Apparently we’ve been calling names for a long time. In fact, it might not have taken Adam very long to move from, “Hey, that’s a donkey!” to “Hey, donkey-head!”.

Does this change my feelings about Levon’s name-calling? Not really. But it helps me understand it differently. Maybe I can observe the process with a little more patience, knowing that it is just a part of our humanity. The patience will help me guide it differently, and hopefully the effect will persist to be a healthy, growing little boy.

Even while I have studied on this, he has changed. Just a few days ago he announced, as if he was just casually noticing it himself: “When I say poop-head, I don’t feel so good. It feels better to say ‘I like you momma’!” Ah, the beautiful quality of self-realization. He still falls back into butt-crack-isms, but already, the tendency is shifting.

One day, this phase of his life will be a joke at holiday meals. He will carry on through new behaviors and more learning and growing for years to come. But I will always appreciate this time because I have a new view on Shakespeare now, and I got to study Midrash along the way.

Here it is, another way that I am grateful for the beauty, the richness, the living experience of growing children. 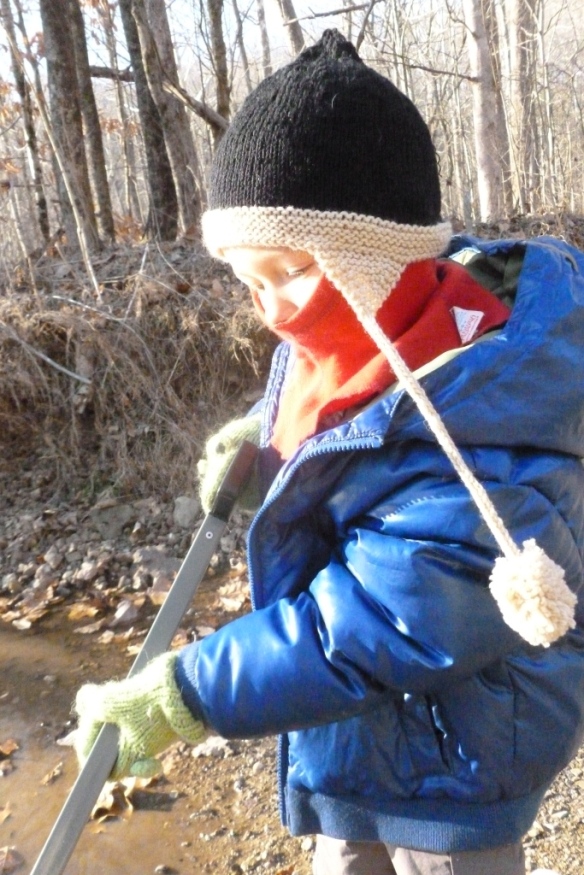