It’s our anniversary again – 11 years this time. They only come one at a time, right? It doesn’t always seems like that.

I’ve told the story of our romance in this space before, so I’ll spare you that.

The story for our anniversary this year has come from my reading the latest issue of Parabola magazine. It’s a quarterly publication that my father passes along to us when he’s finished. It’s pretty excellent stuff. The Summer issue was about angels and demons.

It is fairly apparent to me that the part of the world that we can perceive with our basic physical senses is just a small part of the entirety. I also contend that we are not the only intelligence at work on earth. Life At Large has an intelligence. Our intellects, the blessing and curse that they are, are limited to our own, human, experiences. Angels and demons are usually considered phenomenon on the extra-sensory world, or the spiritual realm. Obviously, there are ways that these worlds interface, so we have various ways of expressing the thoughts, feelings, experiences of invisible forces, or beings, whether we experience them with our basic senses, or the invisible ones. When considering these kinds of things, I choose to spend my time thinking of angels. Wouldn’t you? 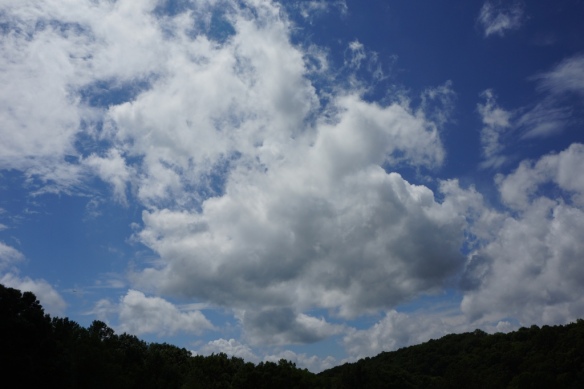 This leads to me think about Anne.

We were roommates at my first yoga retreat with Gary Kraftsow, in Assisi, Italy. We had such a good time. We stayed up one night, sleeping under the stars, in the yard instead of in the dorms. We ate gelato in the old stone towns of Umbria. We did lots of yoga. We chanted the Yoga Sutras. Anne wept whenever we encountered relics of St. Francis. She was instrumental in convincing me to stay at the Yogananda Ashram for the summer. She actually dragged me by the arm into a conversation with staff at the center and suggested that they let me stay. And it worked.

That was a wonderful summer. 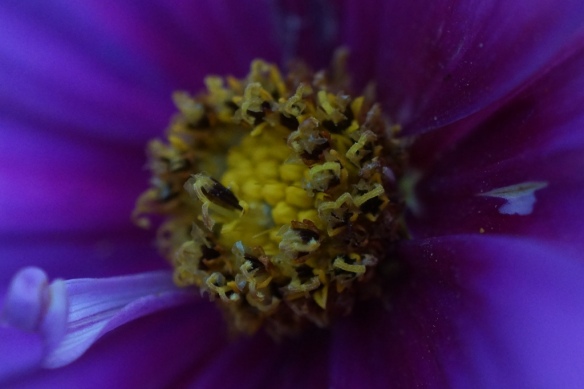 I came home, to Tennessee, and squatted in a friend’s empty trailer, ontop of a rather steep hill with a treacherous driveway. I began to teach yoga, using Yoga for Wellness as my textbook. I worked at Long Hungry Creek Farm and savored the alone time at my funky residence.

Anne was moving from the East coast to the West, and stopped by for a visit. Her hair was dyed red. She was beautiful and in a state of transition. It was around Easter time, as I remember it, and we took a walk through the woods down to Salt Lick Creek. We got in the water, even though it was dreadful cold. I took her around to the farm, around our little town. It was a sweet visit. I told her I would dance at her wedding. She said she would rather that I sing.

I didn’t hear from her again until a few months later. August. The heat of tomato season. Her voice was urgent. She was in San Francisco and settling in. She had a job. She had also committed to start yoga teacher training with AVI (the same teachers we studied with in Italy), starting in two days. But now her boss in San Fran said they couldn’t guarantee her job if she left for the training (it was two weeks long).

She wanted me to go instead. She had tried to call the AVI office, but everyone was already in transit. There was nothing else for it but for me to show up in her place.

She didn’t want to talk about details. She just wanted me to go.

The training was expensive. I had already thought about it, but the price was so far outside of my comfort zone, not to mention traveling to Utah three times and Maui twice. I had let go of the idea.

And so that’s how I found myself on a flight to Salt Lake City in August 2002. I took Anne’s place.

And there I was, feeling very excited and out of my element, listening to Gary introduce the assistants at the training. Not at all sure that I belonged. There I was, when Paul walked in, tired from the long flight from Maui. There was my Fellow Man, with blond hair in a pony tail, almost down to his belt. Oh my.

The rest is history, I guess.

But Anne, she’s a mystery.  We spoke after the training.  I told her all I could think to tell. And then I said, “And, I met Someone.”

“No way.” says she. “Maybe I’ll be dancing at your wedding.”

But she didn’t. Our lives were busy in different directions, and she fell off the map. Her email bounced back. Her address changed. I haven’t been able to find her on Facebook. The last time we spoke she didn’t want to talk about me paying her for the training. She wanted to make it a gift, not just from her, but from the universe at large, as well.

It was a bigger gift than I can say.  Anne, a hapless victim of angelic possession, changed the direction, shape, and flavor of my life, and for that, I can only say that I am enormously grateful.

Thanks Anne. I hope you have been repaid in kindness from every corner of the cosmos.